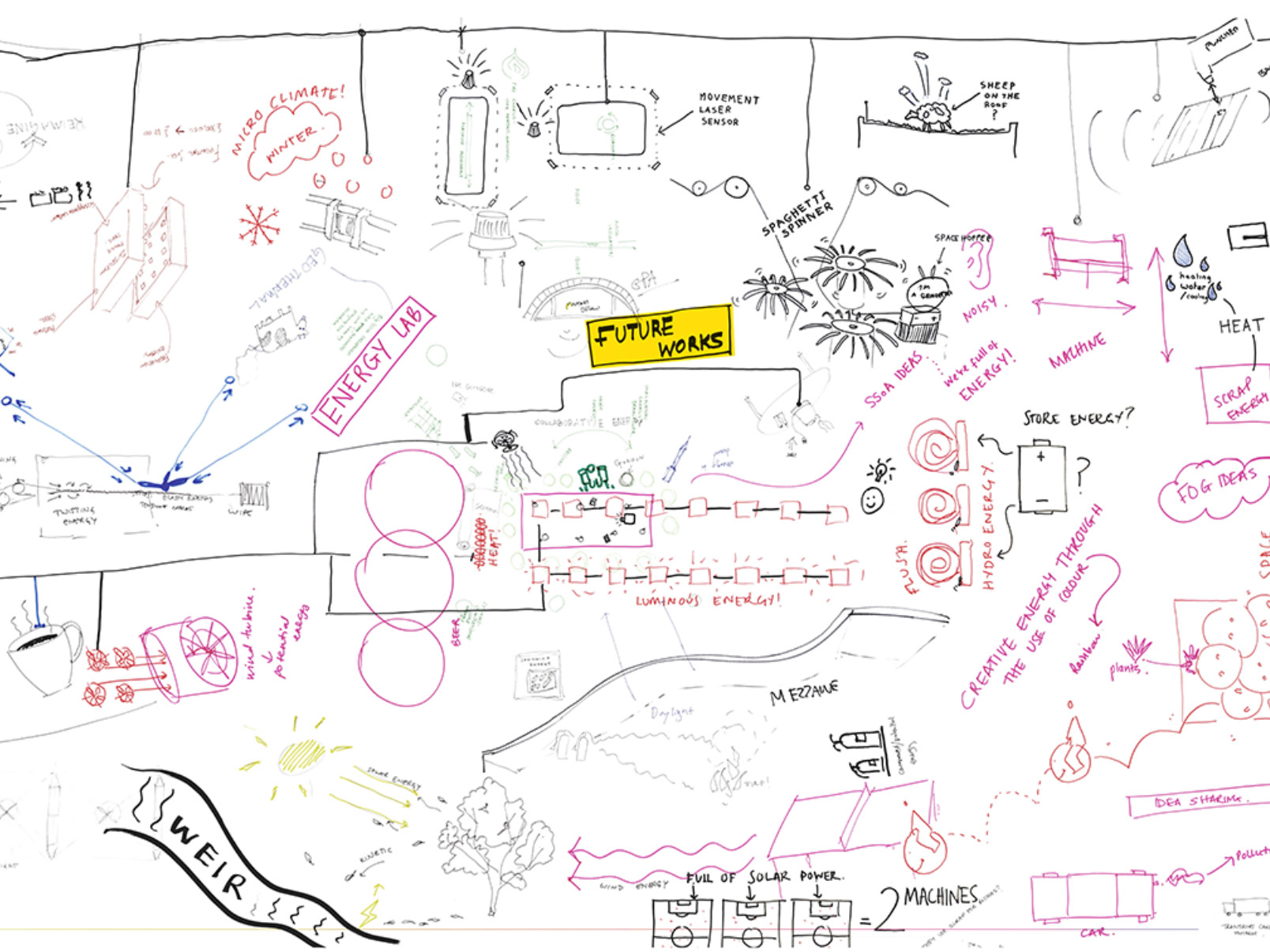 On 10 December 2019 I was invited to present Culture and Climate Change projects at a Town Hall meeting to launch the ‘Living with Climate Uncertainty’ research funding call for the UKRI Climate Resilience programme. For this talk I drew on a recently published book chapter I co-authored with Joe Smith: ‘Culture and Climate Change: Experiments and Improvisations – An Afterword’ in Climate and Culture: Multidisciplinary Perspectives on a Warming World (Cambridge University Press 2019), edited by Giuseppe Feola, Hilary Geoghegan and Alex Arnall.

Here is the final section of the chapter.

This volume has demonstrated the potential scope of cultural dimensions of climate change. We have sought to add some reflections on our body of work in this area. These projects had to be achieved ‘in the gaps’ between teaching and more ‘traditional’ academic publication and practice. Before terms like engagement, impact and interdisciplinarity were considered respectable, indeed desirable, dimensions of academic life, most of the projects described here were often considered by others to be dilettante or displacement activities. Conditions are changing for the better, and there is a much more substantial community of practice and critique developing around cultural work on climate change. This leads us to want to share a few headline conclusions as to what we believe this work can do, and how it can best be achieved.

We have characterized the complexities of climate change as an unruly mix of diverse knowledges, multiple framings, entanglements of human and non-human agencies and unsettling responsibilities and vulnerabilities. These are seemingly incommensurable and yet, as Latour observes, ‘there they are caught up in the same story’ (1993). Our responses however can only ever be partial attempts at what Sheila Jasanoff describes as the ‘reintegration between global scientific representations of and local social responses to the climate’ (2010). At the same time the unexpected nature of the process of engaging with climate change knowledges brings new skills, networks, insights.

Like prototyping our responses have been incremental and iterative, reflecting the processes of change as much as being involved with and within the change. And these changes are at once technological, social, political and cultural. Climate change understanding is itself evolving and changing. As Margaret Atwood opines, ‘It’s not climate change – it’s everything change’ (2015). Mike Hulme adds: ‘Climate is therefore becoming everything, but also nothing’ (2017). Prototyping shared climate futures in the current climate is therefore also about a commitment to careful risk-taking without guarantee, and to learning through trial and error.

Climate research and how we make sense of this unsettling terrain can take on many forms – and should not be limited to the domain of natural and physical sciences or social sciences or even be confined to the academy: we are all climate researchers now. Indeed, wider professional and public participation in climate research – doing research in public and with publics (Smith, 2013) - isn’t just a device for increasing engagement and commitment: it is reciprocal and changes the nature of the research. We propose that a diversity of perspectives, views and approaches is essential both to sense making, but also to meaningful debate and stable decision-making, particularly within democratic systems.

Finally, we acknowledge the time of our experiments and improvisations. Some of the most lightly resourced projects described here have depended on investments of time and attention across many years. They were experiments that had to be left to run, and sometimes required patient watching in order to see when the conditions could be right to take a particular theme or idea further. The most recent projects will likely continue finding their way through the world, sometimes with our help, sometimes not, for years to come. Experiments and improvisations in the sphere of culture and climate change require generosity of both time and spirit, time to get things right, redundant time and time to let things unfold. This isn’t to suggest that the issue isn’t important or urgent. Rather, we want to suggest that insisting on one urgent fact, or one important figure is in danger of making it more difficult for many people to attend and respond to this difficult new knowledge. Our experience leads us to argue that cultural responses to climate change will be all the more energetic, and ultimately effective, by building over time, the many stories, of different voices, into waves of polyphony. Polyphonies are structures which support improvisation, yet still manage to bring many people together around a theme. The results can be moving, powerful and timely.