Factory of the Future: Utopia Works 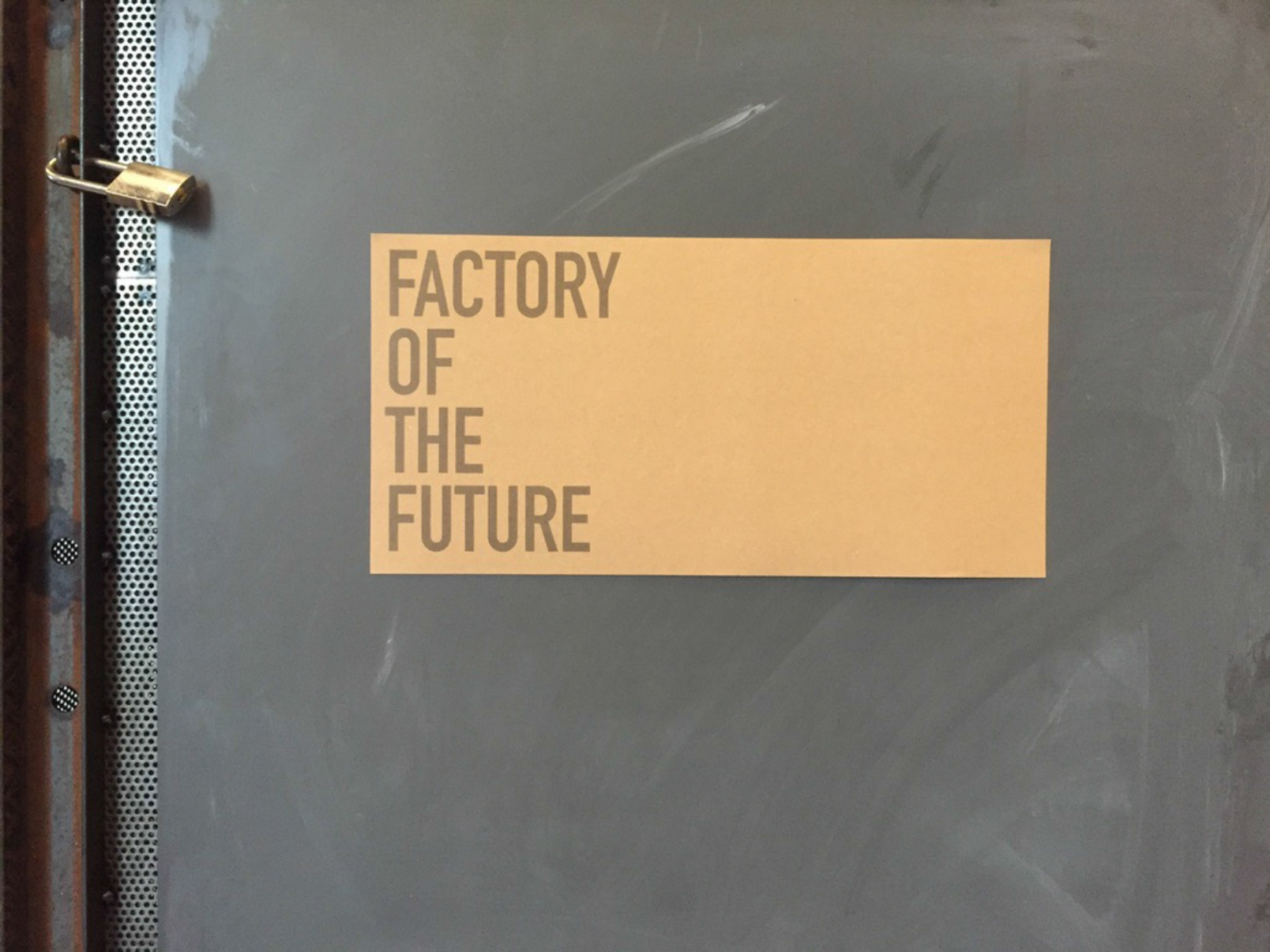 I gave a talk at the Oslo Architecture Triennale (OAT) at DOGA on 29 September 2019, titled: Factory of the Future: Utopia Works.

Works is the colloquial term for factory in the Midlands and the North UK, and it also well, just ‘works’. The ‘Factory of the Future’ talk is based on my research with factories in the English Midlands for the AHRC Stories of Change project on energy transitions. I originally gave the talk at the Utopia Fair Somerset House in June 2016, organised by AHRC Connected Communities Utopia Festival- which took place in Thomas More’s Utopia (1516) quin-centenary year. The Utopia Fair included an installation of games, photography, pamphleteering and scenario workshops that captured the essence of the Stories of Change project. I later quoted part of that talk in a panel discussion at Zoe Svendsen’s World Factory book launch in 2018. Zoe is the artistic director of the performing arts company METIS. Zoe then invited me to give the talk again during OAT in September 2019. Zoe’s project at OAT is also called Factory of the Future.

The Factory of the Future talk is structured as a thought experiment but reads like a manifesto (from the Latin ‘to make public’ or ‘make obvious’). The big reveal -spoiler alert- is that the factories/workplaces of the future described in the talk- already exist- they are actual workplaces in the Midlands UK. This resonates with for example, Margaret Atwood’s observation about her science fiction writing that its really about the ‘now’ and draws on examples of dystopia from around the world, or William Gibson’s oft used phrase that ‘the future is already here it’s just not evenly distributed’. But the talk also drew attention to not only the underpinning narratives of our systems but the assumptions made about industry in the here and now and therefore into the future. My experience of the Stories project was that the factories or businesses we worked with (in the Midlands UK- the birthplace of the so-called- industrial or fossil-fuelled revolution) were far from doing ‘business as usual’. The talk is also about the imaginative industries that need to be put to work in prototyping alternative climate-changed futures, or in thinking the future ‘otherwise’.

I will post the talk in full in the future but for now here is an extract.

Imagine a Factory of the Future, perhaps call it ‘Utopia Works’ – (for now).

What kind of factory would this be?
What could work be?
What would work in Utopia? 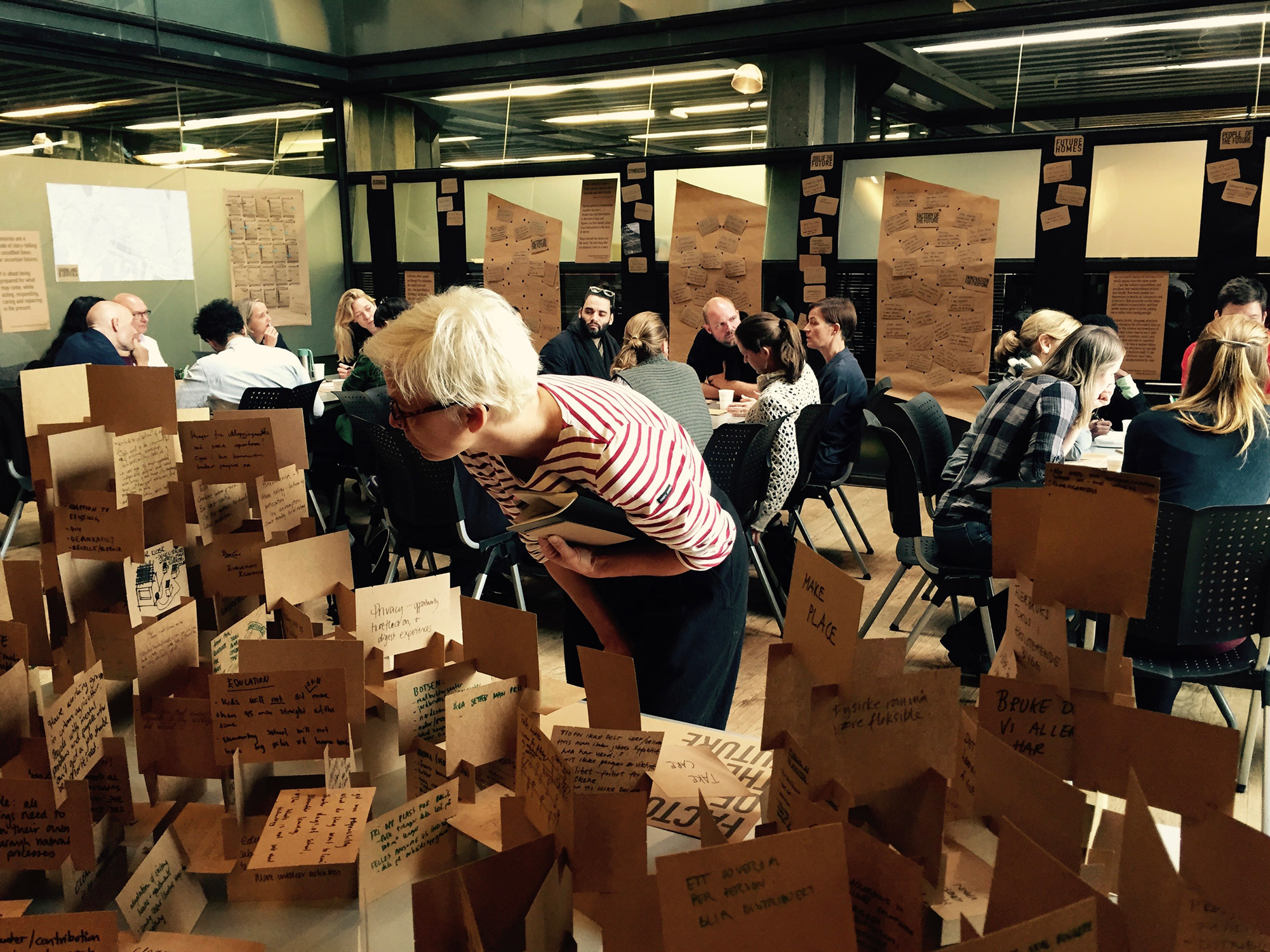 Factory of the Future workshop by METIS at DOGA for OAT – photo: R. Tyszczuk 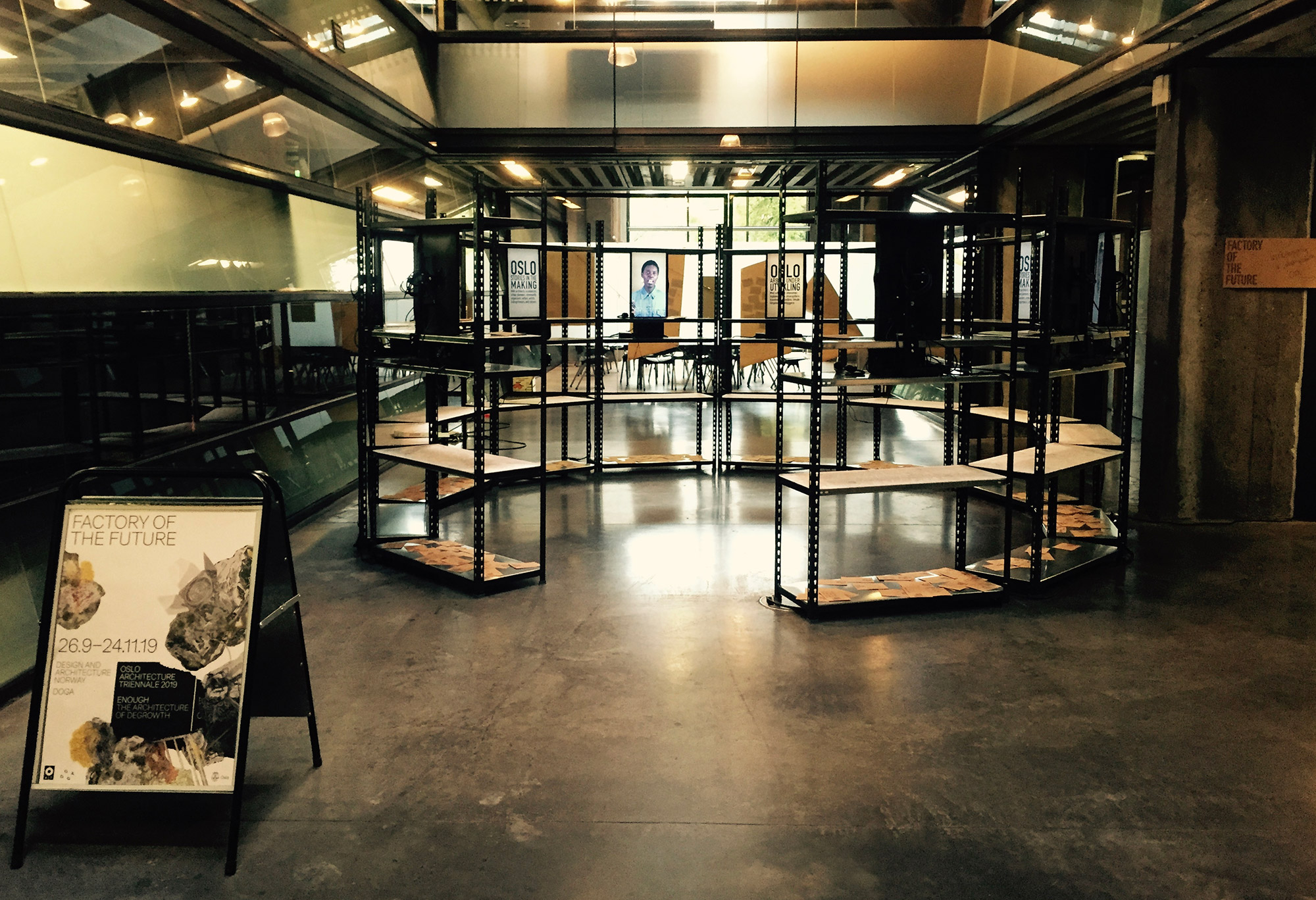 Factory of the Future installation by METIS at DOGA for OAT – photo: R. Tyszczuk